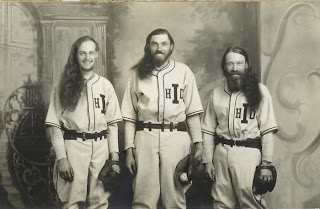 It is the last day of April. It’s steamy outside. So-called “popcorn” showers abound thanks to that great, sloppy moisture off the Gulf of Mexico. Topping it all off, the Houston Astros are six games out of first in the National League’s Central Division. All is right with the world. Astros fan know nothing happens until at least early September. Then perhaps, who knows?

Pro baseball remains a relatively good bargain for consumers, fans. Minute Maid Park is only 90 minutes away from where I live and they close the roof on days like today. So I have no excuse, really, for not taking in a game. Yet, I haven’t been to an Astros game since opening day in 1987 when Mike Scott faced off the Dodgers’ Orel Hershiser. The ‘stros won that day 4-3.

Each year I say I am going to at least one game this season, but except for seeing the Rangers play in Arlington about six years ago, the major leagues have been pretty much a sport to watch on TV. And, to be honest, no televised sport is half as good as the real thing. Had I not seen the St. Louis Blues two rows from the ice in St. Louis, I probably would have never watched hockey at all.

When I lived in Waco I had good intentions of seeing Round Rock, an Astros farm league team which plays at the Dell Diamond just north of Austin, play ball. But no, I missed that too. I’ve never watched a minor league game or had the minor league experience. I hear such games can be entertaining because of it being more than just baseball. That is sort of roots baseball as baseball was often more than just balls and strikes in days past.

Pictured above are players of the barnstorming House of Davids team, a sort of baseball equivalent of the Harlem Globetrotters. The baseball team, featured players who grew very long hair and beards and who mainly fielded games in the rural U.S. from the 1920s to the 30s. The Davids were basically the fund-raising arm of a religious commune in Michigan which, in addition to abstaining from shaves and a haircut, also stayed away from sex and meat. As many times seems to befall such cults, the group was scandalized over alleged indiscretions by its leader. He was eventually banished from the colony.

Another variation in earlier baseball, this one in the late 1800s, featured drunkenness among the players. I read about this in an old book I had about early baseball. Where that book is I have no earthly. Nor have I ever heard about or have found a reference to this practice on the Internet. But if I remember this right, during the olden days in some semi-pro games a keg of beer was placed on the field and players were required to drink a dipper full in order to make it to home plate. One would have to wonder if those were high-scoring games and ones rich with bench-clearing brawls?

I don’t know if watching a bunch of ballplayers getting ripped during a game would be all that entertaining. Perhaps we would all be better off just reading about what happens after the game in the police blotter as we do today.