No, it instead happened a few miles down the road in Beaumont, Texas, from where this blog called “eight feet deep” is based.

Call it the Lucas Gusher or the birthplace of the oil industry or whatever you want but the locals and the few people who still know history call the event back in January 1901 “Spindletop.” It is named so because things have to be named. 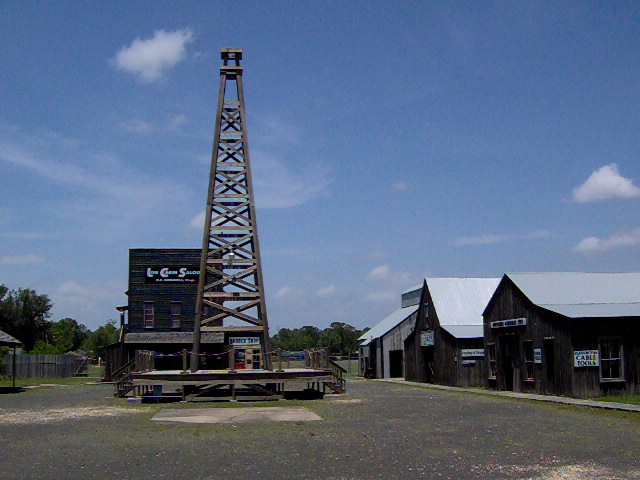 The Gladys City museum near the birthplace of the “earl bidness”

Now perhaps some of you reading this will jump ahead and think that there are some kind of connections between drilling for oil and the fact that this blog is based in the town that gave birth to companies such as the one that is now known as ExxonMobil, plus the fact that the blog is named “eight feet deep.”

You know, eight feet deep as in eight feet under the ground? Maybe you’re thinking that’s the depth at which oil was first found at Spindletop? Maybe, but maybe not, more like not even close.

Eight feet deep is just a name because as was mentioned before, everything has to have a name.

This is just to say that one shouldn’t be looking deeper for meanings than where they actually exist. It is here that opinions are sometimes spouted, while at other times some plain silliness is just let loose. Then again, the fare might be silly opinions or perhaps opinions that are silly. Verse visa.

One shouldn’t read more into things, especially in this blog, than they really are. But if one does and they happen to find something with meaning, then it is supposed that an old blind sow does find an acorn once in awhile. That’s an old folk saying by the way. It supposedly means something. But one can never be certain.

This is not an interactive blog. But if you want to write an e-mail and don’t get into too much of a snit, you just might receive an answer. Otherwise. Well, just otherwise.