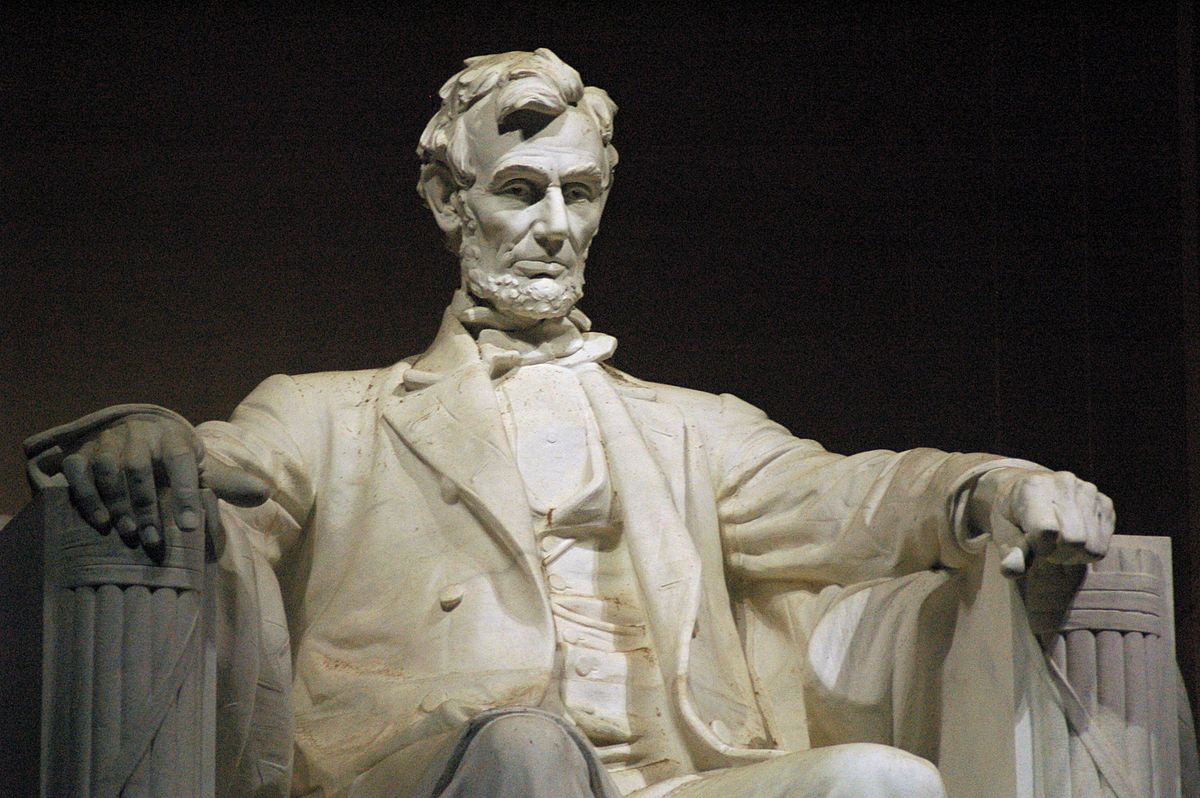 With nothing to do but think, President Lincoln thinks that the neighborhood is going to hell in a hand-basket. Were he not a momentous mass of marble and almost 209 years old, he might well get up and traipse back up to Illinois or Kentucky and split logs for a cabin.

Happy New Year! Stick it up your a**!

“If we don’t change it, let’s have a shutdown,” Trump said of the nation’s immigration laws. “We’ll do a shutdown and it’s worth it for our country. I’d love to see a shutdown if we don’t get this stuff taken care of.”

Yeah President Money Bags, you don’t face sleeping in your van if a have a shutdown, like me. Yes sir, Cadet Bone Spurs (that’s a great nickname, thanks to Sen. Tammie Duckworth, Illinois Democrat. You do know how to screw a lot of things up. Take, perhaps, like the economy. The Dow Jones Average took another big nose dive today — 1033 points. Is that the Orange One’s doing? Why not? Whenever something good happens, he claims credit for it. Why shouldn’t he take the good with the bad?

How much 45 has do with the Dow good and bad is speculation. The market seems to live in this territory of gravity. You know, what goes up must come down. The last couple of days find the market in a “correction.” That is what people say when they, like me, don’t have a f***ing clue as to what is happening. It’s like the price of gasoline, you may have an increase in crude somewhere of $1 a gallon. It could be the weather. It could be global warming. It might just be two squirrels in a death match over an acorn located somewhere in the oil patch.

We, I, dodged a bullet last month with that long-weekend shutdown. We even got the furloughed four hours back without missing a beat.

But why? Why live and die with the whims of congress and that straw-headed orangutan?