Blogger’s note: This is an experiment in Trans-Pacific writing between Dick in Texas and Paul in Tokyo. I think Paul’s contributions were before a 4.8 earthquake struck. Nonetheless, if things are shaky, blame them on Paul.

In a tent, Archie Bunker is noiselessly chewing out Festus Hagan. Marshal Dillion strides into the scene, both thumbs in his gun belt, and everyone seems relieved. Jump cut to a loud feminine hygiene commercial: Marsha is evangelical about her pads. Fight, flight, or freeze?

Standing in front of the frozen burritos, I can’t help think of the character in “Escape Route,” one of the three shorts in Rod Serling’s “Night Gallery,” who begged to escape into a painting of a solitary man fishing in a small boat in the middle of a lake.

Still, noise is information and it occasionally offers context. Without noise made by announcers, who would have known that an odd but nasty-looking block executed by geezer Minnesota Vikings quarterback Brett Favre was both dangerous and illegal enough to possibly warrant a fine from the league.

Houston Texans cornerback Eugene Wilson certainly didn’t need someone to tell him what happened. He just wished someone could have told him why it happened.

Sometimes there is no noise and we have to wait for Paul Harvey moments to get the rest of the story. It took a decade for us to hear that Pirates hurler Doc Ellis pitched a no-no against the Padres on June 12, 1970 while tripping on LSD. 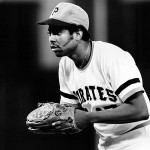 Ellis was considered then somewhat of a wild man. However, stand Doc up against the likes of Michael Vick, Plaxico Burress, or Ron Artest, and Doc starts to look positively like a motivational speaker. The most famous acid trip in baseball history was, Ellis later said, an oversight. He was getting high with his friends in Los Angeles when his girlfriend reminded him he had to pitch. Ellis thought he was off that night, one of the world’s greatest understatements.

“I was zeroed in on the (catcher’s) glove, but I didn’t hit the glove too much. I remember hitting a couple of batters and the bases were loaded two or three times. The ball was small sometimes, the ball was large sometimes, sometimes I saw the catcher, sometimes I didn’t. Sometimes I tried to stare the hitter down and throw while I was looking at him. I chewed my gum until it turned to powder. I started having a crazy idea in the fourth inning that Richard Nixon was the home plate umpire, and once I thought I was pitching a baseball to Jimi Hendrix, who to me was holding a guitar and swinging it over the plate.”

Come, and trip it as ye go,
On the light fantastick toe.
And in thy right hand lead with thee,
The Mountain Nymph, sweet Liberty;

“Noise can block, distort, change or interfere with the meaning of a message in both human and electronic communication.” 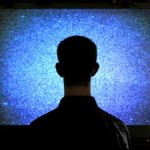 The morning is bright and busy and clear. Click. Funny dotcom commercials. There has to be a shirt in the closet that’s not too wrinkled. Click. This is CNN. What’s on today’s agenda at work? Click. A small plane just hit the World Trade Center. Click. An airliner just flew into the towers. I have to go to work. Freeze. There’s a senseless cacophony of noise to interpret. Click. More than 300 FDNY firefighters are dead. Click. A jet hit the Pentagon. Click. A commercial airliner has crashed in Pennsylvania.

Click. “Be advised. I see midway up World Trade Center Tower, heavy black smoke coming out,” says a radio transmission from a firefighter to FDNY dispatch 9/11/01.

My editor tells me to go up to the Bush Ranch gate — outside the president’s ranch between Waco and Austin — and get comments. The last time the president had been seen he was reading “The Pet Goat” to school kids in Florida. Now the editor  wants me to ask for comments from nervous Texas highway troopers and deputies who never signed up to protect the president’s ranch, whether he was there or not.

Click. “You have help on the way,” a FDNY dispatcher tells a trapped firefighter in World Trade Center Tower 1. “There is help on the way.” Click. Click. And more clicks.

What day is this? I haven’t heard an airplane all day. It is way too silent. The world is wrapped in quiet like a convenience store frozen burrito waiting to be microwaved.

If you have found a spelling error, please, notify us by selecting that text and pressing Ctrl+Enter.