Somewhere a reason or hundreds exist why some people are more mechanically inclined than others.

Immersing myself into social sciences during college quickly affirmed what I already knew about many aspects of life including the fact that no two people can truly agree on one big truth. Is the reason for X nature and Y nurture or is life really like a bowl of chocolates?

No matter what I choose as a reason why is why I know that I will be wrong in someone’s eyes. So who cares? I spend three paragraphs talking about relativity and relatively nothing, but what the hey, there are worse ways to kill a Labor Day afternoon.

My theory is called “The Busted Knuckle Gene Theory of Mechanical Inclination.” Man, woman and child inherit their ability to ably perform mechanical tasks. Some do so better than others, but most all wind up with a busted knuckle at some time in life.

At the start of this Labor Day weekend I had two mechanical problems with my 1998 Toyota Tacoma. Problem one was the door latch. Yes, that same pesky door latch which gave me problems more than a month ago. Problem number two was that my truck all of a sudden started running like s**t. I’m sure there are more technically-descriptive terms but I think my description hits the engine on the head.

My friend Rick, from Nacogdoches, decided to come to Beaumont and spend a night, and he promised to help with my door. It would be pointless and in the case of the “vehicle running like s**t syndrome,” somewhat embarrassing, to detail what all Rick did or didn’t do to get my truck up and running with the door closing much better than before. Nevertheless, the mission was accomplished a lot cheaper what with buying Rick dinner at Acapulco than had I taken my truck to a shop.

Rick, a nurse by trade who has been on a business sabbatical of sorts lately, was also a mechanic at one time. We talked about this mechanical inclination thing although we never arrived at any one particular reason why there are those who are, those who aren’t and those like myself who do but shouldn’t get near a wrench.

My Dad was mechanically-inclined. I don’t know why he never taught me mechanical stuff. I guess part of it was my own lack of interest. He did give me a tool box with the basic tools one might need when I bought my first car. I suppose he figured I would sink or swim. I have pretty much been sinking all along when it comes to mechanical abilities though I have yet to drown. I suppose that is one bright light. 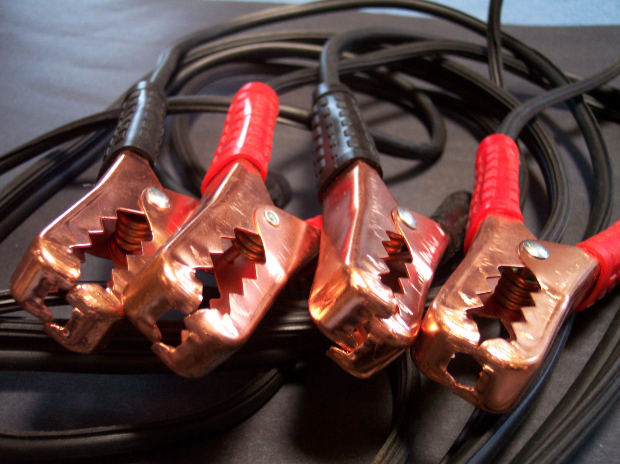 Rick reminded me during his visit of something I hadn’t thought of in years. Actually, I hadn’t thought of it since he and I talked about it almost 30 years ago. What he told me translates into a corollary of my genetic theory – of which I have yet to nor will I make a case for in this sitting – that would be the perception factor.

In the span of five years – 1974 to 1979 to be exact – I experienced the failure of my cars to start. Both situations were the same and the solution to the problems were identical. There also were identical factors involving young ladies that I will not get into because I see no relevancy in these two cases.

Situation No. 1. I was visiting a Navy buddy at Naval Air Station Meridian, Miss., where I had graduated from “A School” a month before. I was leaving the Enlisted Club for a Hojo in downtown during a heavy rainstorm. My 1972 Pinto (yes, do you want to make an issue over it?) wouldn’t start.

Someone, I can’t remember if it was my friend Burt or some random fellow squid or perhaps even a jarhead, pulled out a can of that wondrous substance known as “WD-40.” The person took off my distributor cap, sprayed inside it, and my car started right up.

In 1979, something similar happened with my 1979 Toyota Corolla. The scenario was similar. It had rained like hell and my car wouldn’t start. A buddy from work came over to where I was staying the night and sprayed under my distributor cap with WD-40. The car started right up.

Perhaps I had been told in 1974 but had forgotten the old “WD-40 Trick.” Spraying under the distributor cap after it had been soaked by rain helped dry up the moisture or some such. Maybe it was magic. Anyway it worked and I always remembered that trick ever after.

Rick reminded me of when I passed along that knowledge to someone and I thus was perceived as either mechanically-inclined or a mechanical genius, both kind of strong terms, and both very erroneous in my case.

Along the time of the 1979 incident I lived in a small apartment complex. Two guys lived upstairs from me. One guy named Dave owned a small, older model Japanese pickup.

One morning I was going somewhere and I saw Dave outside trying to start his pickup. He was having a difficult time of it. I can’t remember if I tried to jump-start his truck. I am pretty sure I had jumper cables as I believe I have always had a set of jumper cables since my first car was a Pinto. Even the new cars I bought, which back about this time my Toyota Corolla was new, always had jumper cables tucked about somewhere.

It wasn’t a very long time until I had remembered it came a very heavy rain the night before. I thought, well, let’s see if WD-40 will work. Sure enough, it did work. Dave was amazed and from that time on until he moved, each time he had a mechanical problem I would be the first with whom he would consult. Yes, he would come ask me, the mechanical idiot, what was wrong with his truck.

I was kind of amazed Rick had remembered that story. I joked by saying: “I’m glad to have someone around who can help replace the parts of my memory that have gone missing.”

So, people get their mechanical abilities from somewhere, perhaps genetically while some of that ability lies in the perceptions of those around us. It’s all a pretty interesting psychosocial-genetic windstorm, perhaps mixed in with a touch of reverse nihilism and a smidgen of esoteric caninism dogma, perhaps even dogpa. Know one can really know.

Some like getting their knuckles busted and some do not. I fall into that latter group. But, I do like the outcome of mechanical work, especially when I don’t have to spend money on a mechanic to perform it. Sorry if that rubs you professional knuckle busters the wrong way – which would be, what, lefty loosie? But spending less money is a great way to spend Labor Day, at least in my opinion.

Happy Labor Day to all.